Day 48 was adopted by Angela Broadbridge, a special day for her family as it’s her daughter’s 2nd birthday. This is what she had to say about why she is getting involved and supporting 107days:

I started to follow Sara’s blog way back when she was talking about what a good life would look like for Connor; a fellow social researcher unpacking the big issues around disability; how heartbreaking to read of his death in July 2013, I felt as though I knew LB and his family, knew the direction in which they were headed.

I asked to adopt day 48 of #107days because it’s my daughter’s birthday, I have a strong interest that she develops a desire to tackle issues of social (in)justice and so it seemed an appropriate way to focus my attention. I have spent much of my working life campaigning for the availability of independent advocacy, but in doing so realised early on that my job was not just to promote services and seek funding, but to challenge the practice that advocates see in their day to day work.

Angela has written a brilliant blog post reflecting on her work around advocacy, she introduces her learning from her first ever self-advocacy workshop and explores the themes around people engaging but not being heard. She reference’s Sara’s colossal attempts to advocate for LB:

Sara’s blog posts and responses to the independent investigation into Connor’s death make one thing so obvious – I can practically hear her shouting loud and clear about his epilepsy, seizures, about her rights, LB’s rights – here was a voice that was not being heard.

Angela’s post goes on to discuss this common theme, of not being heard, in relation to current policy and practice environments, and offers her own suggestions for what would make a positive difference. I’ll give the final thoughts of this post to Angela:

The NHS Constitution is supposed to extend in law a right for patients and their families to be heard. This is not a document to be referred to only in case of complaint but to be woven into practice, especially at the harder end of care. We need to see it given teeth, with a robust evidence base to monitor its application, and it needs to hold the same importance for practitioners as clinical guidelines do.

Please take the time to visit Angela’s blog and read her post. 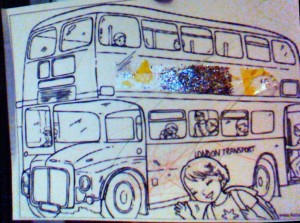