Yesterday we launched #107days of action to bring about #JusticeforLB and today is Day 1 and we’re focusing on Postcards of Awesome. Postcards of Awesome sees us collecting at least 107 (more if there’s interest) postcards that share what is awesome about a person with a disability. LB was one awesome dude and we know that there are other awesome dudes and dudettes out there, we’d like to share them with the world.

If you are a person with a disability, or the parent, brother, sister, friend, colleague or carer of someone person with a learning disability, then this is an activity for you. We would like you to send us a postcard with your dude/dudette’s first name and what it is about them that makes them awesome. It can be any postcard, we don’t mind, as long as it includes lots of awesome.

We’re starting today by featuring two dudes. One is Luca, who is 10 today: 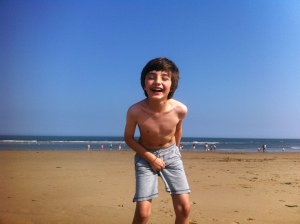 Luca loves The Rolling Stones, Pink Floyd and The Killers, the dodgems, the beach and ice cream, and hates being kept waiting and traffic jams. Last year his Mum @fnafilms took Luca bowling and he kicked the ball down the lane. What a dude. You can read more about Luca in this special birthday blog post his Mum has written.

Another dude we’ve heard about is Reece, we had a postcard from his mum and another from his sister: 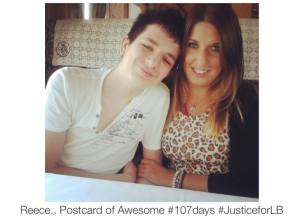 Reece has had epilepsy since he was 12months old. He loves his little therapy dog Scooby and his favourite subject at school is physics. Reece wants to be a computer game designer when he leaves school and spends all his time on his computer. When diagnosed with autism he was relieved to know why he stood out at school. He says he’s not disadvantaged everyone else is…. as he’s got supersonic hearing and a brain like a sponge. Reece is the most loving and kind hearted person you can meet. Laura says ‘Reece is awesome… he teaches me something new every day, sometimes interesting, sometimes not so!’ 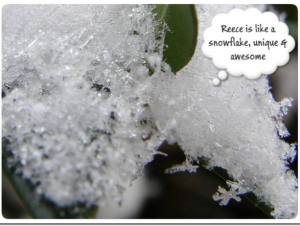 So those are our first two dudes who feature on Postcards of Awesome but we need many more. We’ll do something to share the postcards once we have them, most likely is that we’ll organise an exhibition of them and take photos and share them online. So please do get involved, we’ll challenge misconceptions one by one. Please send your postcards to: